It is amazing that despite over 12,000 years of agriculture, it is still an industry full of learning and growth. Here in Canada we have records of corn being cultivated by Native Americans back in 500 AD and even before that there are records of squash being grown as early as 2300 BC. In the 1600’s the people on the east coast of what would eventually become Canada began to grow wheat, flax, vegetables, dairy and even some fruit. As for Alberta, we have a long history of cattle ranching dating back to 1881, crop cultivation remained small scale until the completion of the Trans Canada Railway in 1885. In 1907 genetic experimentation led to the development of Marquis wheat, this combined with the government’s promotion of summer fallowing to conserve soil moisture and control weeds helped remove the technical barriers that held back agricultural expansion. Since these earlier days in Alberta’s history, we have seen a lot of technological, genetic and economic advancements in agriculture. Our industry has come a long way.

There have been quite a few scientists and speakers brought into rural Alberta for speaking engagements in the last few years and our access to information is much greater than it was in the past due to ease of access to the internet. Having information at our disposal is incredible, but that information needs to come from somewhere.

In the last few months I have had the opportunity to spend a good amount of time soil sampling fields. I have taken cores in everything from conventional wheat fields with good rotation, crop fields with little to no rotation, cover crops, pasture lands with different management types and organic grain fields. There are a few different studies currently happening in regards to soil and a lot of the boots on the ground are those of fellow farmers. Gateway Research Organization is working with many groups in Alberta to collect samples for the CARA soil benchmarking project. Soil health is a huge topic and one that probably has the most impact on the financial viability and longevity of our farms. Even though we have come so far with agriculture in the last 12,000 years, the soil is an ecosystem that we still have a limited understanding of. When we think about the fact that there are more organisms in a teaspoon of healthy soil than there are people in the world, when we consider the ability of plants to share information with each other through the fungi in the soil, we can start to fathom how much more information there is to learn about the world beneath our feet.

Through all of the soil sampling that I did this past fall, one of the things that really stood out to me was how different each piece of land was. As we move into different regions it changes even more drastically. Research results coming out of southern Alberta, may or may not work for us in northern Alberta. Results coming out of La Crete may also not work for us in the Westlock region. When research associations are willing to take on the task of trying these new methods in our localized regions we can bring new innovations to the area without farmers ourselves having to figure it out through trial and error.

All of this brings us to the idea of farmer led research, which has become a bit of a buzz term in the last little bit, but what exactly is it? Well here at Gateway Research Organization and other groups like ours, it means that we have a board of directors that consists of farmers. They are the ones that determine the direction of our applied research. Our board is a mixture of grain farmers and ranchers. We have directors that run sheep, pigs and cattle. They grow wheat, oats, canola, barley and so much more. There are decades’ worth of experience on our board and these are the people that have final say on what trials to run, how much money to put in what direction, and they keep us pointed in a forward thinking direction. The great thing about farmer led research is that not only is it farmer directed, but it is local farmer directed, if it’s not you that is sitting on the board, it’s your neighbour that is sitting on it.

Some of the projects that we have going on would not be happening if it were not for farmer led research. A quick overview of these are things like our perennial wheat and rye trials, regional silage trial, our heifer pasture trial in which we are going to be watching for the correlation between different cell designs and ease of animal movement, as well as animal impact on the land. On the grain side of things we have our local variety trials for wheat, oats, barley, peas, canola and flax. We are also bringing the work with the Field Crop Development Center in Lacombe out to our area and have a trial in which we are finding ways to tackle clubroot effectively, which includes the liming trial that we started this past summer.

Agriculture really has come a long way in the last 12,000 years and a lot of the progress that has been made can be attributed to work that farmers have pushed through by being willing to take the chance on new processes themselves. From selecting breeding lines in both crops and animals, improving equipment so as to require less labour and the improvement of ventilation and efficiencies in livestock facilities, the face of agriculture has changed dramatically. Farmers themselves are the ones that know best what is needed to move our industry into the future, so research that is led by farmers only makes sense.

So how do you get involved? If you are a farmer or rancher, talk to your local research association. Attend an AGM and become a general member or a member of the board. The ARECA website is a great resource to find out which research association is in your area. Alternatively you can speak with your county agricultural extension person and they can put you through to your local associations. We need to get involved so that we can have a say in the future of agriculture! 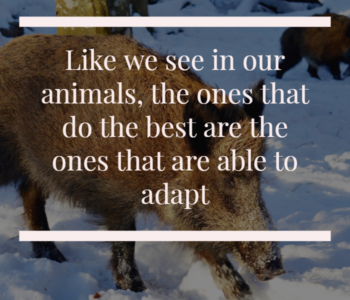 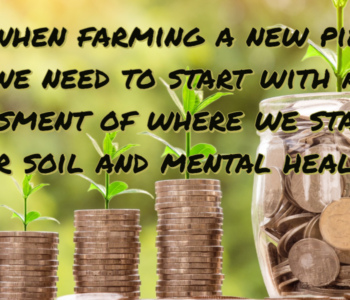 The Germination of Idea Seeds

The Human Side of Farming

Geeking out with Perennials